I believe in angels.  I think God sends them in many shapes and forms.  On my 2nd day of this Camino I was a little blue at dinner because it dawned on me that I would be riding solo for several weeks, and I was already lonely and missing Catherine.  So who pops into the restaurant but 2 Americano pilgrims from SW Oregon…Jan & Bob.  They were friendly, engaging and we chatted for a brief time.  I ran into Jan & Bob again the next 2 days but haven’t seen them since.  We had a couple great conversations about work, family and Camino’s and I like their perspective on life.  Thank you Lord for sending those 2 angels when I was blue.

A small town festival to bring in May and the national holiday in May. 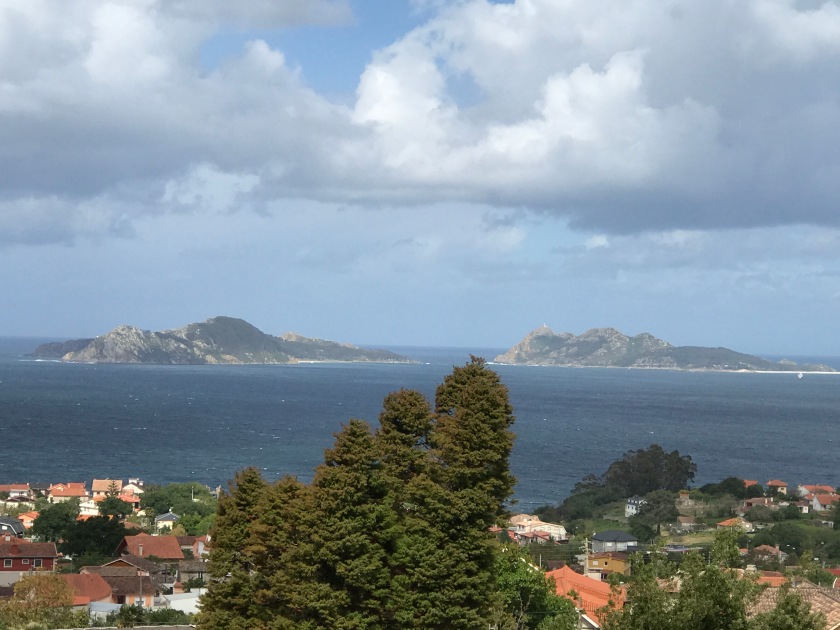 The stunning Cies Islands in the distance…one of Spains most important national parks.

My Madrid angels…sister & brother Ines & Juan.  God bless you both.

So when I packed up this morning my mood was as dark as the sky.  I was tired and did not want to walk nearly 30 km in the rain, but I had a destination (Vigo) to get to, so I suited up with my rarely used Columbia rain suit.  The last time I wore it was in Wales for the 2010 Ryder Cup when I was working for Scottish golf tour operator PerryGolf.  Rain suits are a bit like insurance policies…you pay a lot for them and use them rarely.  Off I went in spitting rain and high winds.

About 4-5 miles into my walk I rounded a corner and 2 young Spaniards were coming down an adjoining street and we met at the intersection.  After Buenos Dias and Buen Camino’s were exchanged we struck up a conversation that would last all the way into Vigo.  I found out they were brother…Juan an internal auditor for a Madrid bank after a stint in London; Ines his younger sister that was a manager of international advertising sales for the large Madrid newspaper.  To say that they were both interesting and generous with their time is an understatement.  They would wait patiently for this old American as he took off his rain jacket, put it back on, and repeated the cycle at least 6 times throughout the day as we experienced rain, wind, sun…even hail.  All 4 seasons packed into one day.  The really neat thing was they took turns walking with me and the conversations covered careers, families, religion & faith, weather…life.  When we wished each other a continued buen Camino and adios in Vigo, I was a bit sad but oh so thankful for their kindness.  Thank you Lord for these angels at my side today.  And Ines…thank you for the meat empanadas at the festival…a nice late walk treat.  Tell your Mom & Dad that they’ve raised two outstanding human beings.  I hope our paths cross again. 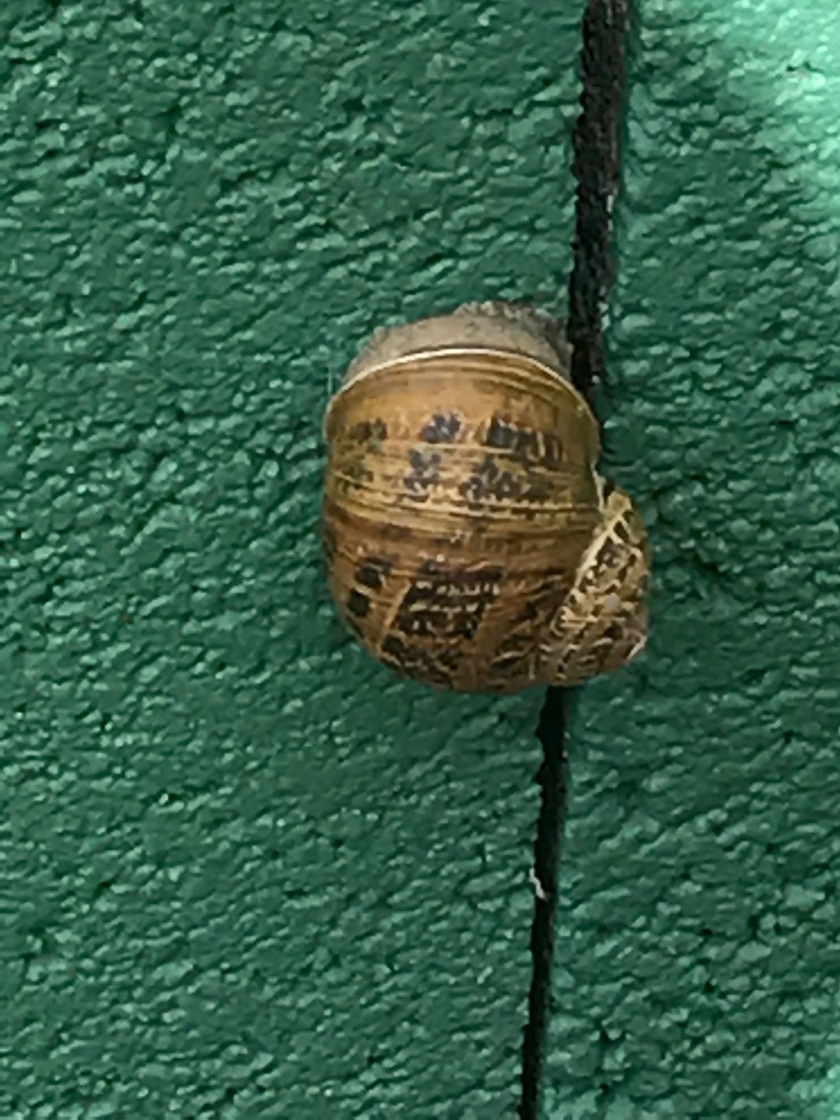 A colorful snail along a wall.  It’s about how fast I was moving early in the day! 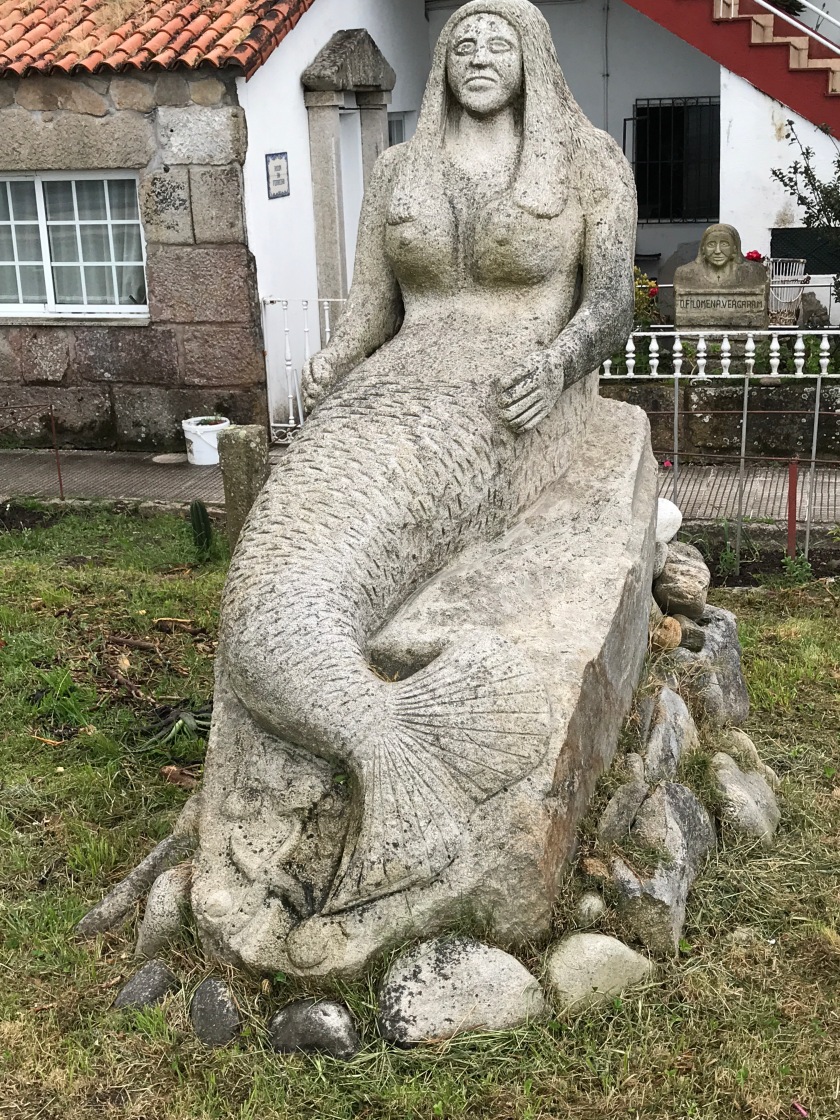 Not the best looking girl but an excellent swimmer. 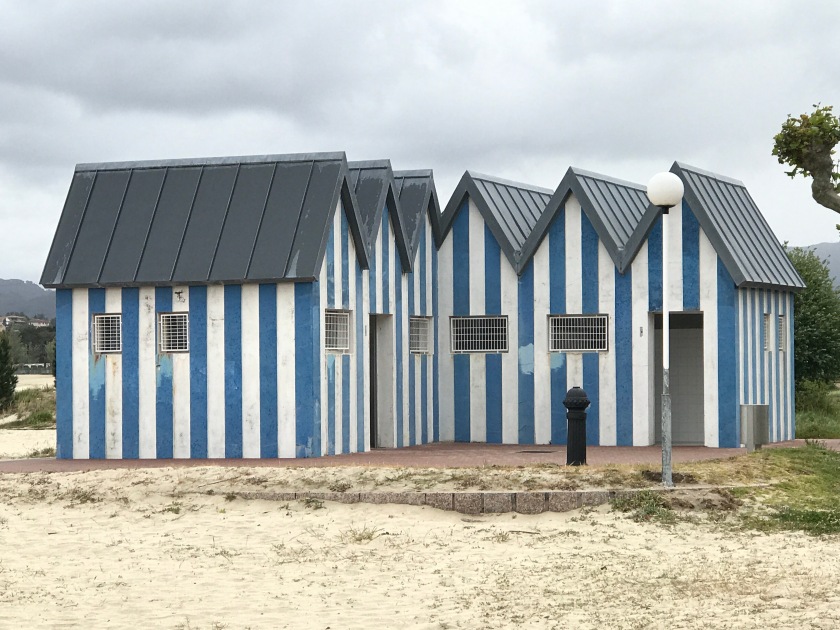 Public cabanas at the Bay of Baiona.

Geared up and leaving the Parador…but not at all pleased by the prospect.

Tomorrow I have a much shorter walk into Redondela where I leave the Portuguese Coastal Way and join in the original central Camino Portuguese.  Catherine and I had met 4 angels on our French Way Camino in 2014…Joe & Linda Stubbs from Washington DC and Jim & Giselle Thornton from western Canada. We have remained friends and stayed in touch.  Joe & Linda walked the central Camino Portuguese last year, so now we can compare notes for the remainder of my walk into Santiago.  Until then, God bless you all.  Please pray for me.

Tapas and a Mahou Maestro to wind down my day.

A brave soul was Jules Verne to sit on the mighty pulpo at Vigo harbor. 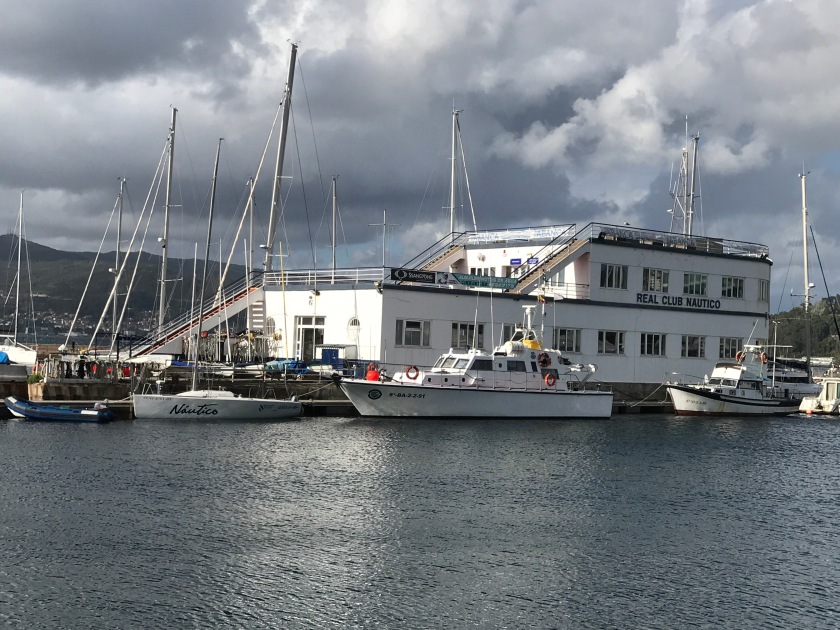 All manner of ships and boats at the Vigo harbor.

Children riding a Merry Go’ Round at the harbor festival bringing in May and the Monday national holiday.

A husband of 38 years, a father of 3, a Christian man and pilgrim on this earth. I am a devout Roman Catholic whose purpose in life is to love our Lord above all else and our neighbors as ourselves. I struggle with the latter but walk these pilgrimages for both atonement and guidance from the Lord to be the best version of myself. View all posts by jtcaminoblog

2 thoughts on “Angels from Above”

“The Lord is My Shepherd, I Shall Not Want”